If you’re looking for the more honest, truthful answer to pretty much any question on web design and usability, here it is: 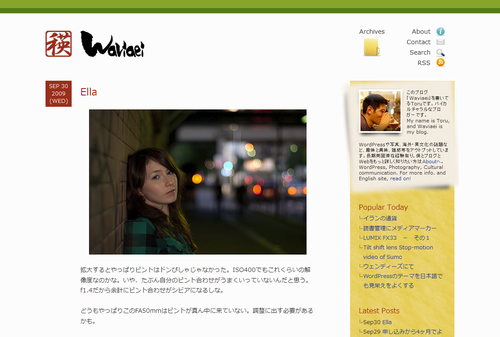 W3C10 Asia is the celebration of the tenth anniversary of the founding of W3C’s Asian host at Keio University in Japan in September 1996. The event will be held on Tuesday, 28 November 2006, at the Hotel Nikko Tokyo, Japan. W3C10 Asia is open to the public, W3C Members, the W3C Team, the international media, and invited speakers and dignitaries. Registration is required for all attendees. There is a small fee for members of the public. W3C10 Asia includes a symposium and exhibition, a press briefing, and a reception. Simultaneous interpretation between English and Japanese will be provided at all symposium sessions.

Something completely different … I just realise how this venue “Hotel Nikko Tokyo” is very confusing when written in English. I first thought its at Nikko, but this “Nikko” is actually “Nihon-kouku” a.k.a Japan Airlines, and its in Tokyo …

END_OF_DOCUMENT_TOKEN_TO_BE_REPLACED

Flags represent countries, not languages. There are many countries that use the same language, and numerous countries that have more than one official language.

END_OF_DOCUMENT_TOKEN_TO_BE_REPLACED

(The percentage figures are taken from the attached pdf file.)

This does not mean that the rest of the company and corporations in Japan are also uses table layout. Also, in most cases the websites are developed by the developers and creators outside, ie as a client.

Its been nearly two years since Douglas Bowman wrote an article “Throwing Tables Out the Window”. Together with past research into the website layouts of prefectural concils, major city councils, governmental, and portal sites in Japan, looks like the table layout is still the way to go in Japan.